Garpenberg – where ore was first extracted way back in the Middle Ages – is Sweden’s oldest currently operational mine. Successful exploration work and the identification of new deposits resulted in the decision to invest heavily in the Garpenberg mine, and since 2011, SEK 3.9 billion has been invested in everything from fixed assets and mechanical equipment to advanced IT systems for remote control and automation. Garpenberg is now Sweden’s most modern mining facility and one of the most efficient mines in the world, producing 2.5 million tonnes of ore per year (2015).

But the Garpenberg mine anticipates yet more increases in both productivity and competitiveness, and the next stage towards the goal of becoming a more efficient and safer mine will involve the use of positioning technology. User-friendly 3D visualization will enable the mine to be examined from a “one point perspective”, thereby revolutionising the ability to engage in technologically advanced, hazardous operations in what was previously “a dark hole in the ground”. 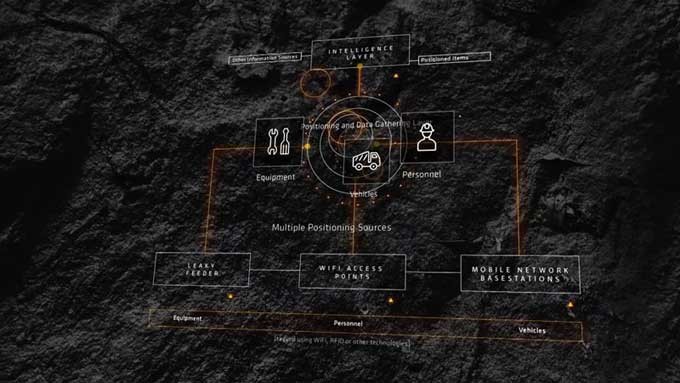 The system is known as Mobilaris Mining Intelligence and enables everyone working in the mine to keep track of everything and everyone moving within the mine in real time, thereby improving both safety and efficiency. A clear overview and comprehensive monitoring of personnel, projects and equipment shortens production processes and enhances the efficiency of individual tasks. And if something unforeseen should happen, everyone knows exactly where people are located within the mine.

A tablet, smartphone or joystick will become the tools in every miner’s toolbox that will be used, in combination with Mobilaris Mining Intelligence, to increase productivity by between 10 and 20%.